You would think that plunging directly into my hometown of almost nineteen years would yield routine results—invariable observations I would be wont to have. Yet, cradled between familiar mountains and blanketed by the same dusty borderland sky, my everyday community sprung opportunities ready to impart me with new knowledge. As my gap year commenced, my newfound role as an intern for Las Americas Immigrant Advocacy Center delivered a transformative culture shock a few short miles away from the border along which I had been raised.

Las Americas Immigrant Advocacy Center (“Las Americas,” for short), prides itself on its unique hub of community volunteers, interns, paralegals, and attorneys, all working to provide relief and pro bono legal aid to migrants from across the globe. Interning for the Detained Team at Las Americas, I assumed differing roles to contribute, however slightly or laboriously, to the mission of the organization, from ordering files to interviewing detainees about their often-harrowing cases for asylum. 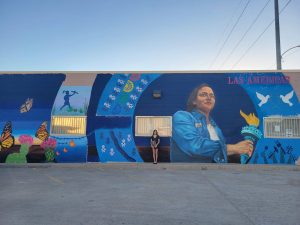 Even just a few months into my work, I witnessed significant diversity and similarities across cases. Clients shared insight into the heart-wrenching realities of their home countries: some fled incarceration under an unjust government, unmitigated destitution, religious persecution, or as victims caught in the crossfire of corrupt systems and violent groups. Some immediately acquiesced to substandard conditions and discrimination at detention centers in the hopes of prompt release, while others petitioned officials for basic respect. Some arrived already suffering physical and/or mental trauma, escaping brutality and degradation to the most primitive conditions imaginable. At times my stomach would churn upon hearing the clients’ ages, some even younger than me.

Across backgrounds, every client bore ideals valued by the US to this same country that attempted to turn them away. While some advocated for their freedoms and inalienable rights, others promoted love, faith, assiduity, forgiveness, and courtesy, even when aware of how the US misconstrued them as wrongdoers or criminals.

However, all of the clients—regardless of language barriers, cultural differences, or brevity—spoke with the same humble dignity and respect, their tone fatigued, but never defeated. Engaging in such poignant conversations with clients resulted in constant emotional growth, as I strived to empathize with the detainees and offer the solace lacking in the immigration system. Despite the complexity of such an unforgiving system, the people I spoke with maintained hope, braving every undeserved difficulty to seek a better life. 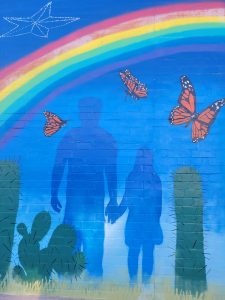 Often before ending their interviews with a blessing for the workers at Las Americas, the clients I spoke with disclosed pieces of wisdom I carry with me:

As I prepare to spend Christmas with my family knowing the clients I spoke with may not obtain the same opportunity, I think of the lessons working at Las Americas has instilled in me thus far, remembering to hold steadfast to faith and hope and look forward, but also sideways to our fellow neighbors. I now move forward with the intent of treating everyone benevolently and finding ways to alter the immigration system for the better, seeking the noble work hidden within the niches of my community. 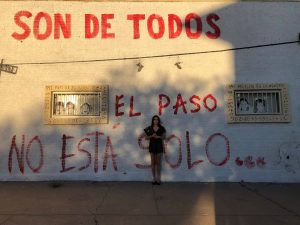