Shifting to the City

Four months flew by in a flash. Four months in the holy city of Jerusalem.

Though I’ve known we’d be moving to Tel Aviv the whole time, I didn’t acknowledge how immense a transition it would be. Two diverse cities, both melting pots of cultures and religions, yet at the same time, completely opposite. To be honest, the difference only really hit me when playing Spikeball on the Tel Aviv Beach. I turned in a circle, taking in the light blue water, pedestrians zooming by on scooters, and towering buildings amid a bustling city. Less than a few weeks prior, I was playing the same sport with the same people, but instead my view consisted of a hilly landscape, a shining golden dome, and the ancient Western Wall. How could both these cities be part of the same country?

Birthright proved to be the perfect transition. Leaving our rooms in Jerusalem, our homes for the last four months, we embarked on a week of touring the country. We trekked up and down the whole of Israel, hitting all the sites from Haifa in the North to Eilat in the deep South. Each city felt like its own country, with a unique population made up of its own milieu of immigrants. Our guide taught us an interesting concept: ask any Israeli where they were born, where they served in the army, and where their parents are from, and we could generally infer their political opinions. Each city has its own circumstances, immigrants, and perspectives. Somehow, Israel seemed a state of many countries. In Haifa, a much less religious area, Russian immigrants dominate neighborhoods of the city. In Eilat, some Israelis can see the borders of Egypt and Jordan from their windows. We even traveled to Sderot, where brave Israelis live just miles from the Gaza border. There, almost 40% of children have PTSD from the constant rocket attacks. Depending on one’s location, people have between fifteen and five seconds to find safety in a bomb shelter! Even the parks, where children play everyday, were lined with these shelters. 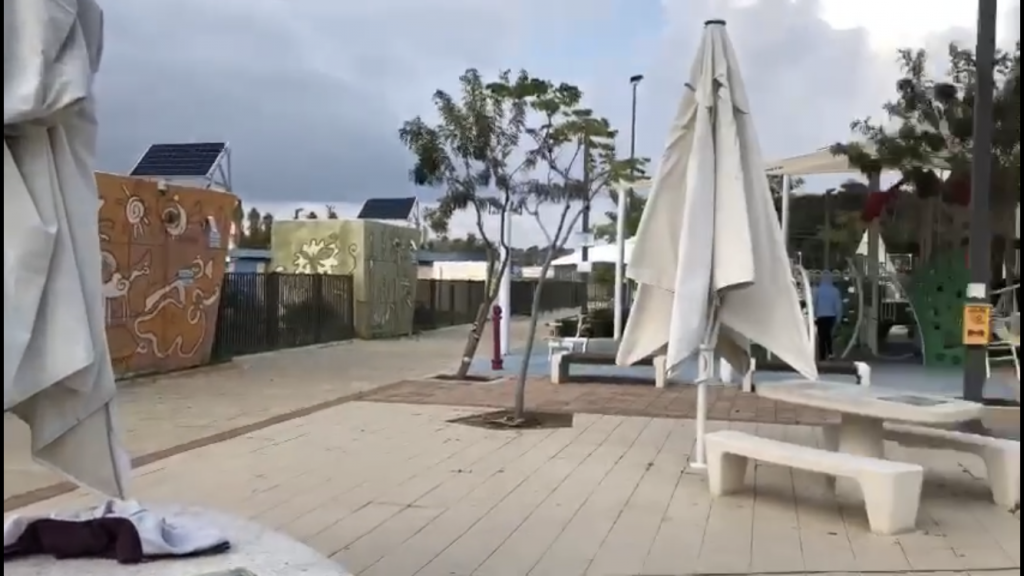 We walked as close as we could to the Gaza border wall, led by one of the locals. To my deep surprise, her words were not bitter. She called the Gazans her neighbors, telling us of the family friends she had across the wall from before Israel gave the land away. She gave us ceramics with symbols of peace to stick on the wall, despite the constant aggression with Gaza. 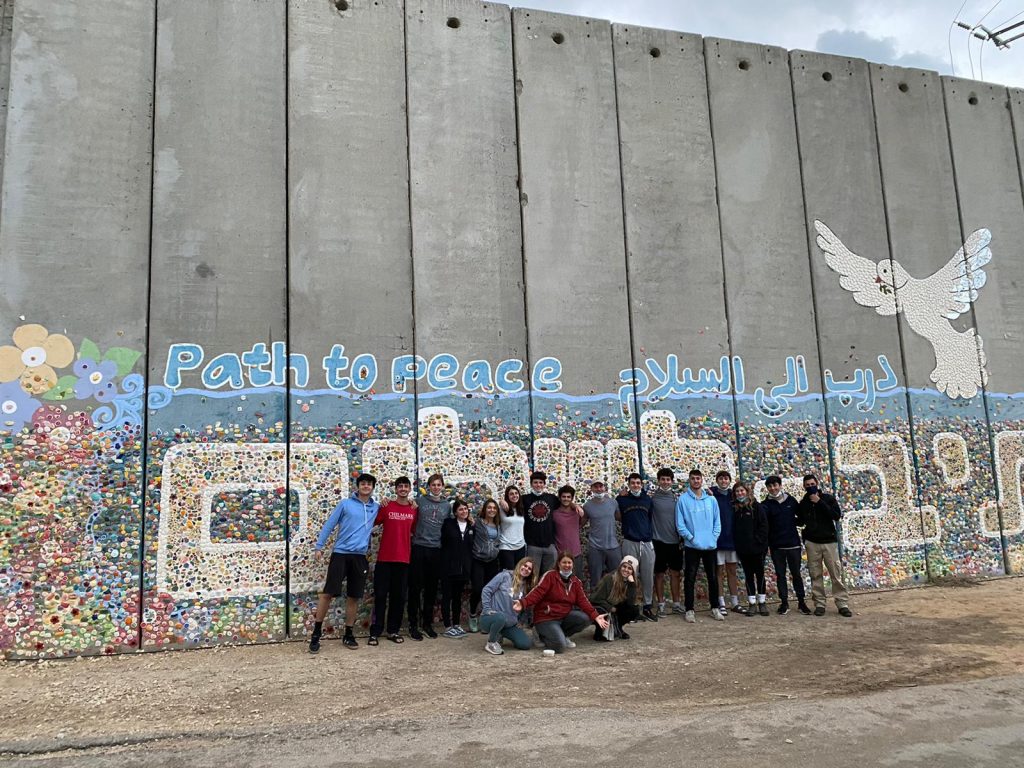 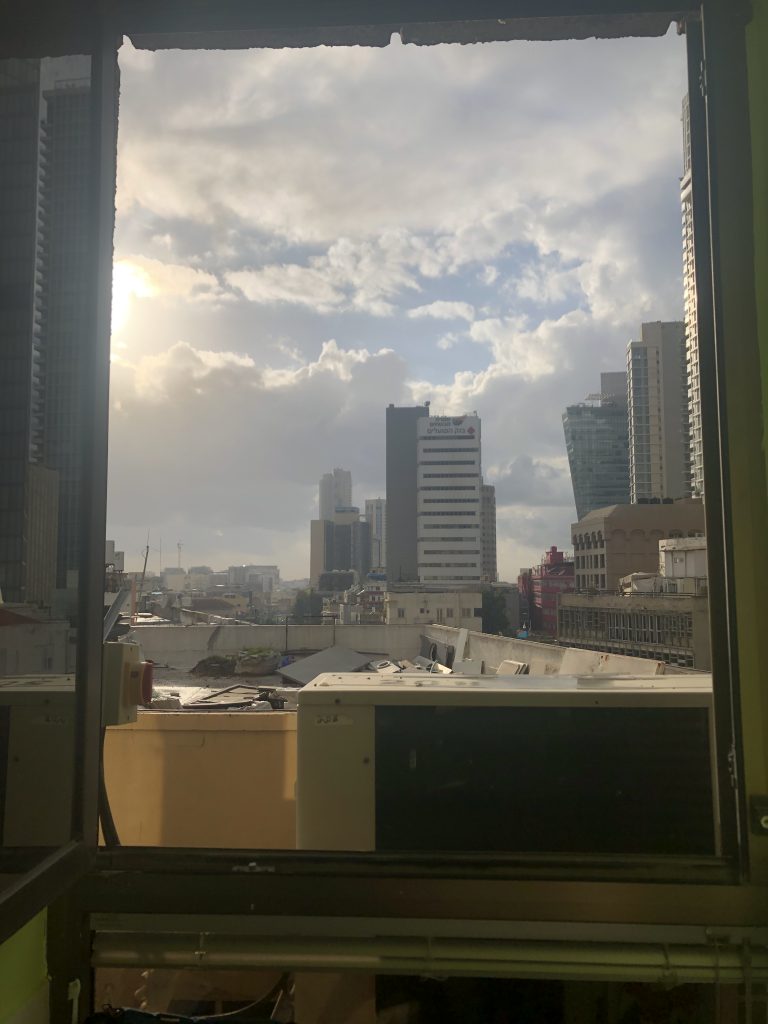 Birthright was cut short after a week however, due to the COVID-19 lockdown imposed by the Israel government. We found ourselves quickly whisked away to the city of Tel Aviv, where we were more likely to see skyscrapers than synagogues from our windows.

A new sense filled us: independence. We were cooking our own meals now (sometimes with disastrous results), and finding our own internships. After Spikeball on the beach and finding an internship at a high frequency trading start-up, I thought I grasped the fact that we were living in a real city. Then my friends and I had our phones and wallets stolen. In my private Jewish high school, we did not even have locks on our lockers. We left our stuff wherever, trusting in a moral Jewish community. Often, when people come to Israel, they assume that because most everyone shares the same religion, there is a mutual trust among Israeli citizens. That idea seems foolish now, but in the places I and others on my program grew up, “Jewish” felt like “trustworthy.” However, that clearly was not the case. We tracked my last phone location from Find IPhone to an obscure bush in a random park, finding our empty phone cases and wallets strewn about. Our cash was gone, but our cards and IDs were thankfully still there. We were living in a city now. I might not have realized it before, but all my life — and I’m sure others on my program feel the same way — I’ve felt that I’ve been protected by some sort of safety net. Throughout school, it’s easy to assume you have something to fall back on. You have your shared community, shared routine, and a simple justice system: break rules, you’re punished; excel, and you’re rewarded. You had a family to go back home to every night that could help you with any problem. I had a rough understanding of the concept of “the real world” before this trip — leaving school, making a life for yourself. However, I can’t say that I ever really understood it. With independence comes the hard truth that you’re responsible for everything in your life. Making sure you’re healthy, safe, and thriving. There’s no plan in place to ensure your success, and no clear and swift justice system to make bad things good again. This second semester is going to be a fabulous and shocking learning experience for many of us. We are in charge of our own schedules and our own well-beings, and have to deal with the troubles life brings us without always having external help. I’m not worried about this new responsibility, but instead excited to take care of myself and see how I thrive. A new city, a new lifestyle, and a new independence.

← A Day in My Life Developing My Application →
Duke University