For the past 8 weeks, I have been traveling through Hawaii and the West Coast on an ARCC gap semester. While I could go on and on about why the trip was so special, there is one aspect that I noticed from the beginning which made for a very impactful experience: how easy it was to be present.

On one of the last nights of the trip my instructor asked us a simple question: if you could tell yourself 2 months ago, sitting in the airport, one thing, would you? And if so, what? Without a minute of hesitation, I knew my answer. I would not.

When I think back to sitting at the airport on September 15th, looking at the top halves of the faces I’d spend the next 2 months with, I was overwhelmed to say the least. My mind was spinning with expectations, first impressions, fears, and hopes. I knew nothing for sure. I had no idea how the next 2 months would go and I had hardly read the brief itinerary I had been provided. All I knew was that I was there. So I let myself sit with that unknown and enjoyed the sandwich and coffee I had just bought myself.

Flash forward 3 weeks and I’m sitting in Hawaii after a long day of scuba diving waiting to be handed my phone (they take them for the first portion of the program), and I’m completely dreading getting it back. Spending such an extended period of time with no connection to home, to the news, or to anything besides the exact moment I was in was incredibly refreshing. I could feel myself being less stressed and more able to focus on the present. I also loved carrying around a real camera instead of my phone (I’ve attached some of my favorite moments I captured). 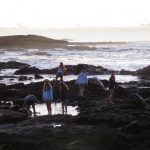 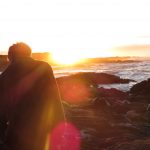 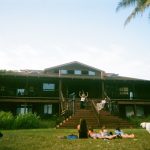 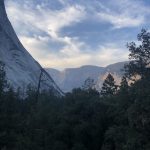 Because I didn’t know very much about the itinerary and had no way of knowing what the future held, I was able to spend every day focused on nothing but that day. Each day brought a new adventure, new conversations, new challenges. And I wanted to soak up as many of those as possible. I did my best to not think forward, to not worry about what we were doing tomorrow or next week. If I had told myself anything at the airport that first day, I’m not sure I would have been able to go through the program as I did. The combination of not knowing what was next and being disconnected from everything was such a gift and allowed me to really make the most of my gap semester. Now that I’m home, I hope to find ways to disconnect and be as present in my life here as I was while I was gone.