An integral part of life is conversing with new people, making first impressions, and forming relationships. While meeting people is always exciting, after bursting out of a two-week strict quarantine into a crowd of 300 Americans, Latin Americans, and Israelis, we were all a bit overwhelmed. Conversations were a bit slow to start.

However, we overcame our initial shock and soon, we were leaping to meet one another. Hebrew, Spanish, and English resounded in my ears as I introduced myself to new people, forgot their names, and reintroduced myself five minutes later. My roommates and I headed back to our room after our first late night on campus, fascinated about the diversity on the campus. After conversing with native-speakers in their languages, learning about other cultures, and exploring the campus, I knew that this was going to be a unique semester. 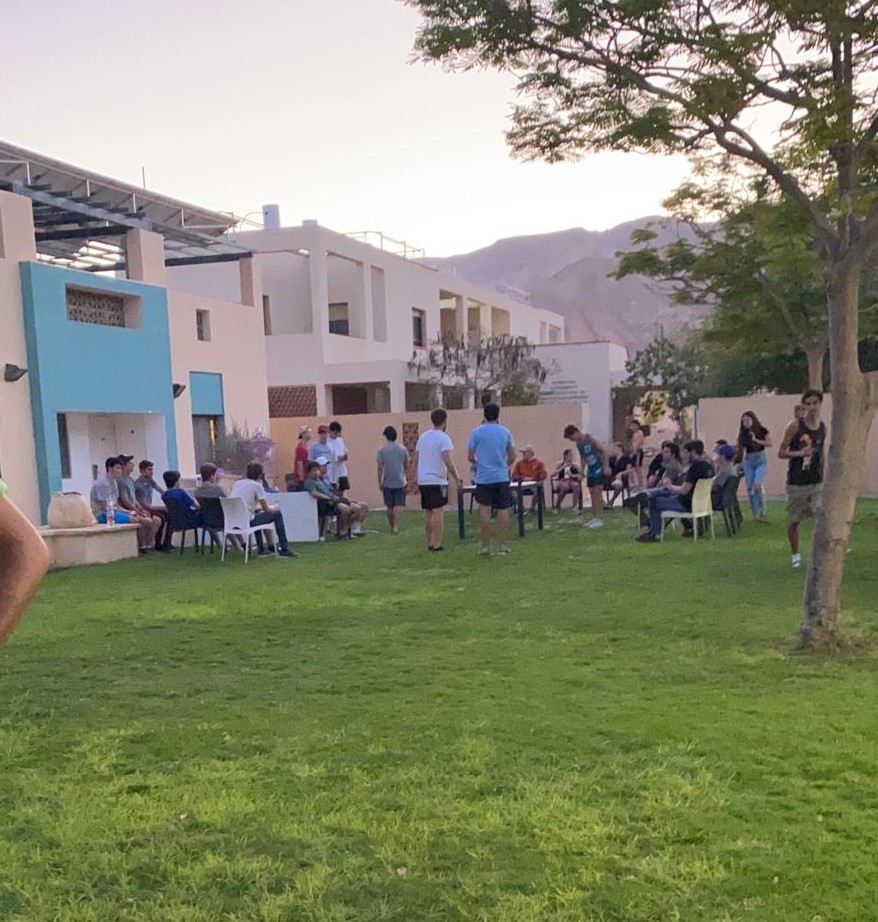 Lockdown was tough at first. Right after the quarantine, Israel went on a nation-wide lockdown, restricting us to the campus of the Machon L’Madrichim. The institution is home to numerous youth groups and movements from around the world, offering various classes, fabulous teachers, and real-life application from tours throughout Israel. However, as all the major Jewish holidays were back-to-back during September-October, classes didn’t start for the first two weeks, and we could not leave the campus. While the area was better than my cramped room, I was itching to explore the streets of Jerusalem. Yet all of the participants on our program had a remarkably positive outlook. Being stuck on campus allowed everyone to come together as a group, instead of going out each night in our own cliques. Often, the first couple weeks with a new group are filled with surface-level conversations, simple questions, and friendly small talk; however, I immediately started talking with others about our perspectives on life, challenges we’ve faced, and hopes for the future. During the day we participated in bonding programs and had various lectures about Israeli topics (culture, cinema, wars). Disappointed by the lack of organized services for the High Holidays, my friends and I coordinated with the Latin Americans to run powerful Rosh Hashanah and Yom Kippur services. After services in the day, the nights consisted of competitive soccer games between the Latin Americans and the “gringos.”

Yet I was still missing a feeling of independence, of freedom in a way. As a new friend explained to me, “I took a gap year so that I can fall down and learn to pick myself up.” While grateful to be among such an interesting group, I felt enclosed in the gates, missing out on the independence I expected to have every night out in the city. Thus, when I heard we were traveling down south to Kibbutz Ketura for a couple days, I was elated. Kibbutzim are collective, socialist communities throughout Israel, with a focus on agricultural production. Living on the Kibbutz among the tight-knit community, surrounded by mountains in the deep desert, I felt my first real sense of freedom in Israel.

With new experiences and new settings, people grow closer. During the day at the Kibbutz, we worked the fields, volunteering to help pick nuts and dates. At night, we wandered around the Kibbutz and in the various surrounding areas, breathed in the fresh desert air, and looked at the countless stars in an unpolluted sky.

Classes began upon returning from the Kibbutz, and I was met with an intense schedule full of courses unlike anything I’d seen (I’ll save the details for another blog). On one excursion, we traveled to this area that overlooks all of Jerusalem. Looking over the entire city among new friends, I was filled with excitement and hope for the year: diverse friends, undiscovered places, distinct classes, and a unique sense of freedom and self-care that I had not yet encountered.

This year will be undoubtedly unique and, with the independence I’m given, entirely in my hands. It’ll be what I make of it—who I meet, where I’ll go, and what I’ll push myself to learn. 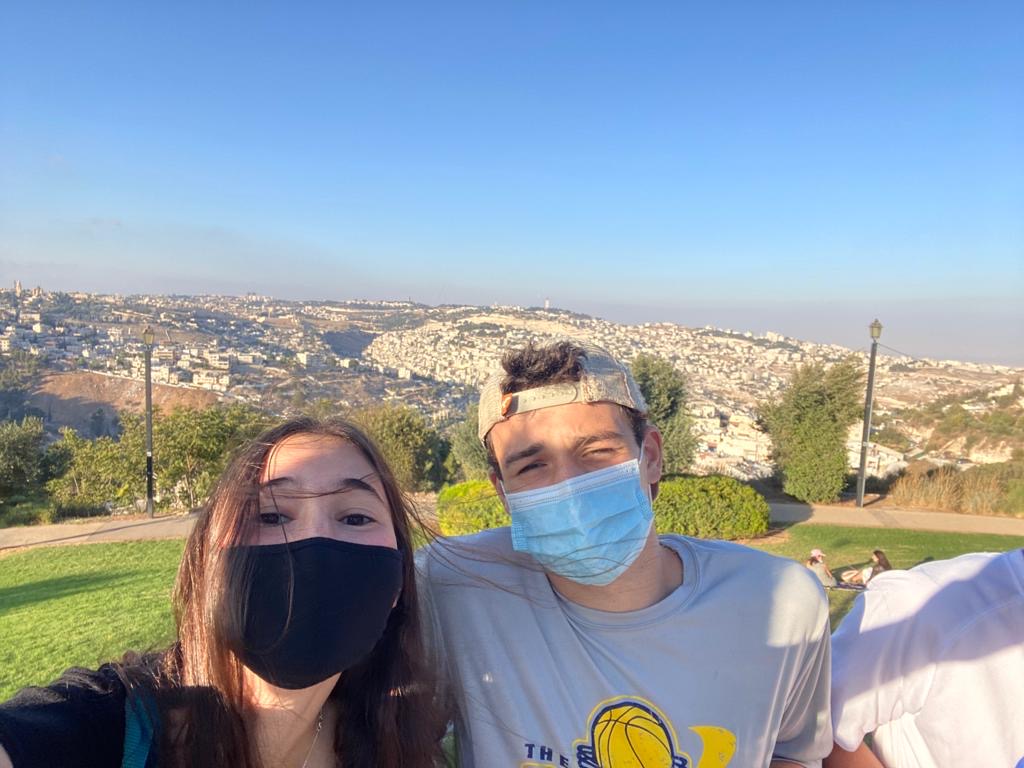