By Admin in Uncategorized on September 1, 2019. 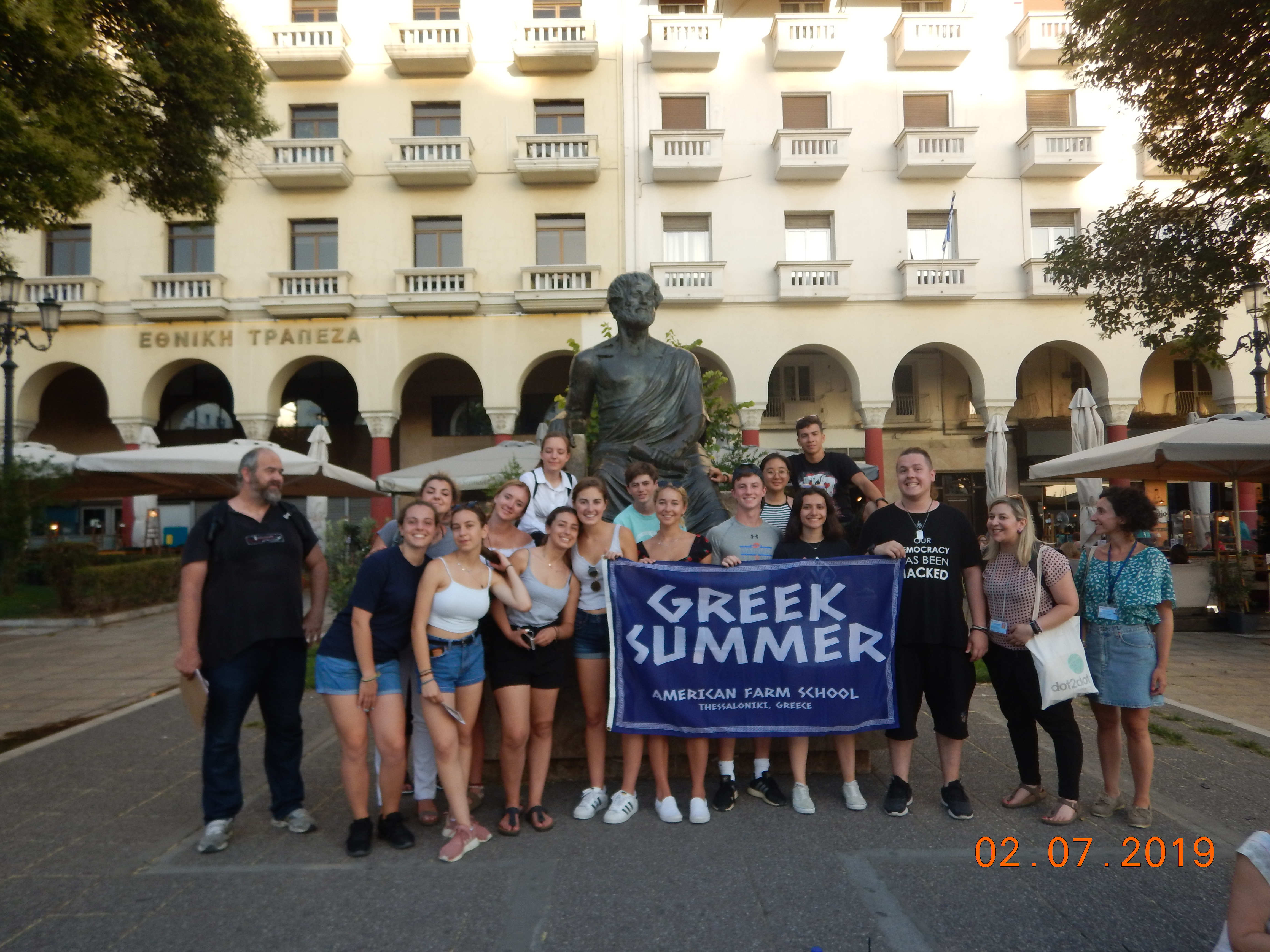 I was blown away by my experience on the Greek Summer program. From climbing Mount Olympus, to learning about Greek culture and language, to a ten day stay with a Greek family, to sailing through the Greek islands, I never could have imagined the heart and beauty I discovered in Greece.

My father and all his cousins participated in Greek Summer when they were my age and I feel like I have been hearing about Greek Summer all my life. My great grandparents came to the United States from Greece when they were young. My grandfather is extremely proud of his Greek heritage and Greek Summer was an opportunity to learn more about where that part of my family came from. I decided to go on the program with my cousin Lilly Brooks, who will be a freshman at Duke this year. 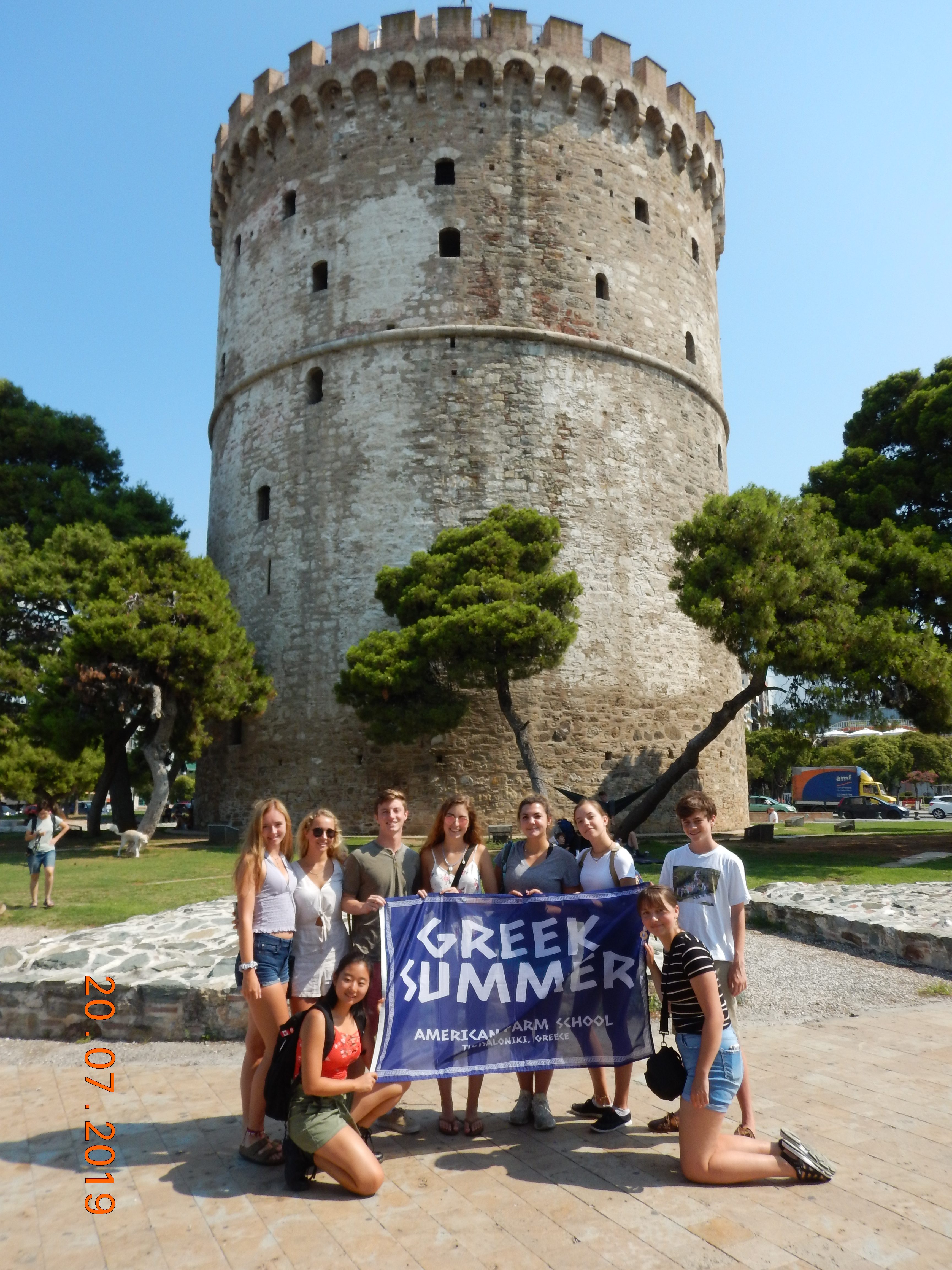 I really had no expectations of the trip at all, but Greek summer surpassed everything that I had been told. Greek Summer is run through the American Farm School in Thessaloniki which is in Northern Greece. It is a month long program with several different experiences within the program. There were nine participants, including me, from the United States and one from Korea. This program is unique in the way they have six students from the American Farm school join us for the first ten days of the program to help us learn more about Greek culture and to feel more comfortable in a foreign country far from home. In that first week we learned a lot of things that would help us throughout the summer. We learned about Greek food, some basic Greek words and Greek traditional dances. The Greek students showed us some of the things they are studying in school such as aquaponics, snail farming, and dairy and vegetable production. We also toured Thessaloniki learning about the history of the city and the country. We saw the ruins of the multiple different empires that had control of Greece throughout the centuries. It was really interesting to see how empires would recycle and destroy buildings and create new ones with their architecture and culture.

Our group next faced the challenge of hiking Mountain Olympus, a mountain which is said to be the home of the Gods in Greek Mythology. In the three days it took us to hike up and down the mountain we became close in a way I never would have expected. The hike seemed like it would be an impossible task, but the fifteen of us pushed through and encouraged each other to continue climbing. We all made it to the top! As we hiked the difficult trail, we shared stories and played games to keep our minds off the physical challenge of putting one foot in front of the other. Through the experience, I learned new and interesting things about each person. After hiking each day we played cards, teaching each other games from our countries. We got to know each other in a whole different way. I found that I had a lot in common with people that I didn’t think I would. Looking back at the hike now it was one of my favorite parts of the trip even though it was the most strenuous. Sadly the Greek students from the American Farm School had to go home after our hike. I made bonds with all six of them and I miss them terribly, but I know we will stay in touch.

I was so nervous for the next part of our trip because I would be living with a Greek family for a week. I had learned a few words and expressions in Greek but I was so scared I wouldn’t be able to communicate with my family. I couldn’t have been more wrong. We lived in the village of Stavroupoli with our host families in the very northern part of Greece close to Bulgaria. I had a host mother who spoke some English and father and two cute host siblings. My sister was eight and had begun to learn English in school but only knew the words for some colors. My brother was three and did not speak any English. Despite the language barrier, I made a deep connection with my family and I found it so hard to leave them. My host mother was amazing as she was always asking if I was okay and if I had everything I needed. Most people call that Greek Hospitality. My host siblings and I found other ways to communicate and connect such as through music and hand gestures. My host sister and I bonded over a TV show called Mr. Bean and my host brother who loved Spiderman and I played with his action figures for hours. Even though I was sad to leave, I know we will stay in touch and I will find a way to visit them at some point. 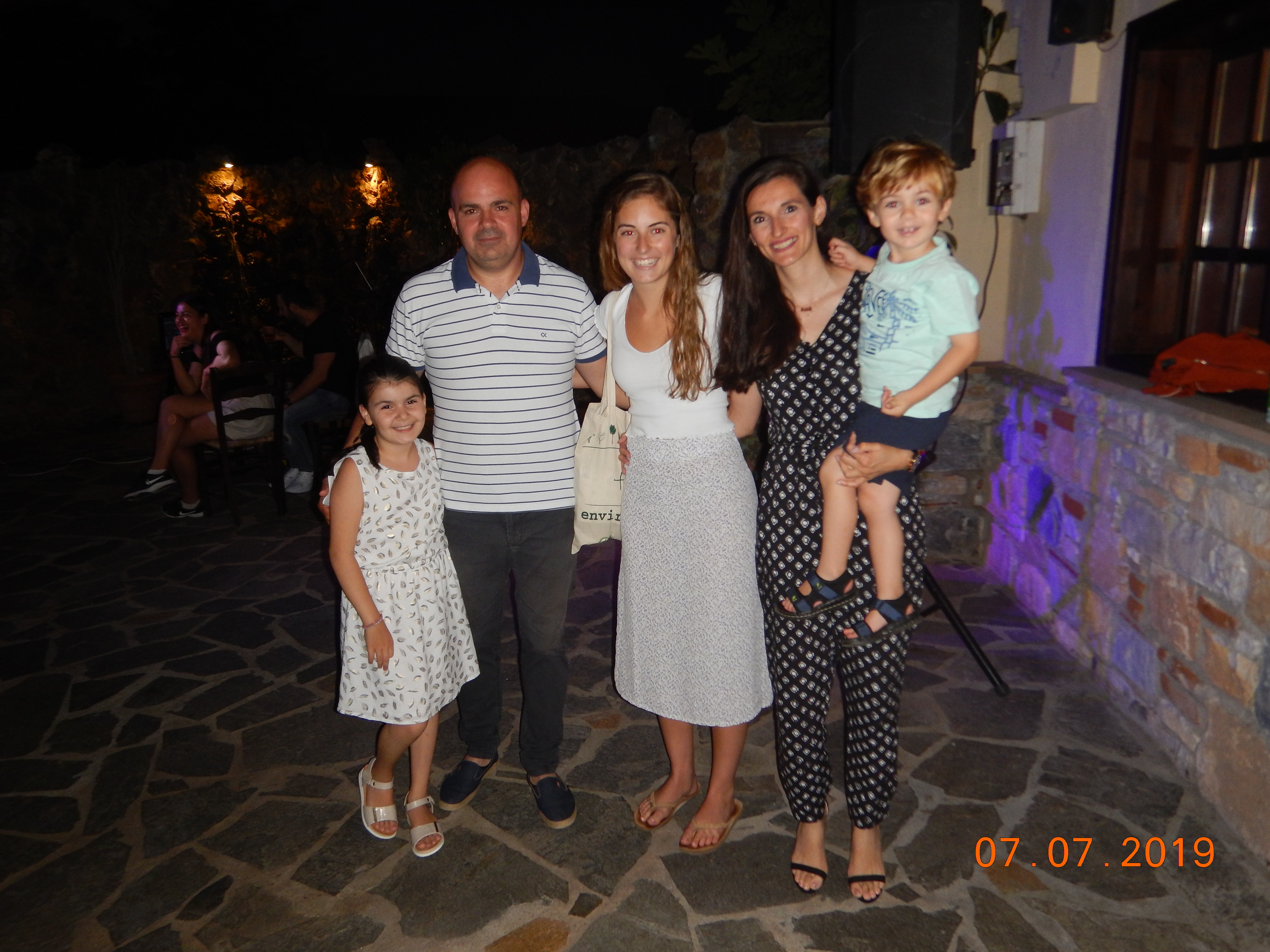 While in the village we ran a summer camp for children so they would have something fun to do during the day. We also painted the basketball and tennis courts for the kids as they we desperately in need of refurbishing. After the home stay, I realized that I had nothing to worry about, but most importantly that language barriers do not matter. If you really want to get to know someone you can do it without even speaking the same language. Overall my stay in Stavroupoli is definitely an experience I will never forget.

When we got back from the village we had a few days at The American Farm School before we went on our four day sailing trip through the Sporades Islands. The sailing trip was a special way to end the trip just being together and exploring a very different part of Greece. A highlight was visiting the island of Skopelos where the movie Mamma Mia was filmed.

This summer has honestly been the best summer of my life. At the beginning I wasn’t really sure what Greek Summer was all about. In the end, it was about friendship, adventure and self-discovery. I have found friends that I will never forget and who were so hard to leave. I also know that Greece has become my second home and I definitely will be returning at some point in my life.