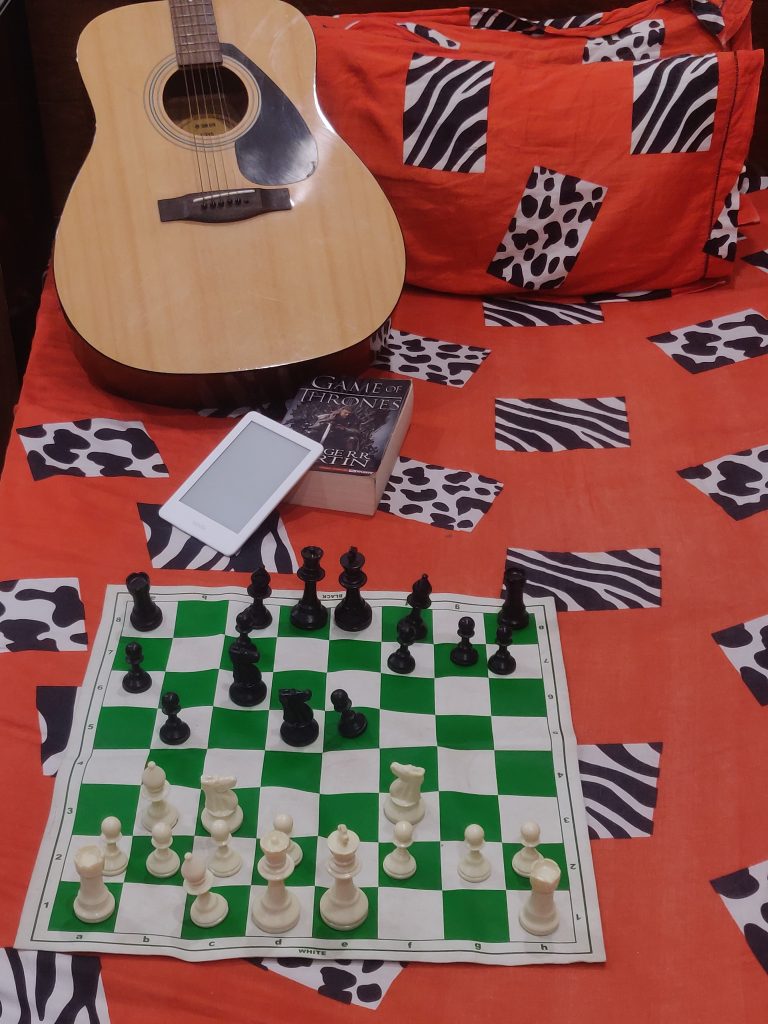 I’ve come to the realization – as have most people for whom it is the first pandemic – that it is extremely handy to have a hobby to keep yourself entertained within the constricting 4 walls of your house. In my case, however, the problem was not having a hobby; it was having one too many. For the longest time, I have wanted to learn how to play the guitar. Yet, I also tried to follow in the footsteps of John Fish, trying to go through one book per week. But wait, I’m just as eager to improve my skills in chess. And of course, there’s always the New York Times Crossword and sudoku puzzles by ‘Cracking the Cryptic’ on YouTube. Oh, but how will I ever get around to speaking French fluently? Where do I even begin?

In this sea of hobbies and fascinations, I found myself confused. What direction should I swim in? The grass always looks greener on the other side (or, in this analogy, I guess the sea looks bluer). This all is, obviously, nothing new. A frequently known phenomena to someone who has worked in marketing, overchoice or choice overload can occur when one is presented with too many choices, all or most of which may seem equally appealing. Making a conscious decision under such circumstances can become infinitely harder than if your choice were restricted to, say, only two courses of action. What if I end up making the wrong choice, pursuing a hobby that may not be as worthwhile? In this haphazard labyrinth, I did what came to me most naturally. I swam everywhere. Mornings got kicked off with the NYT Crossword, and the rest of the day was interlaced with habitually picking up my guitar, sitting at the chessboard, getting through Le Petit Prince, or solving Sudokus. And as the day came to an end, my midnight routine involved a health dose of my trusty Kindle (which is, till date, my most valuable purchase).

But, this unstructured and whimsical attitude, albeit entertaining, was not really helping me develop any of my hobbies in a meaningful way. It was merely a surface level exploration of all the areas. I was around 3 weeks behind on my readings; my guitar skills were subpar, at best; I was still somehow getting fool’s mated in chess, and so on. But I realized, with an entire year’s worth of activities to look forward to, I could easily split my time between these activities. Instead of trying to get everything done at once, I could quite easily pick up one, or two, work on those first, and then move on to greener pastures (or rather, bluer seas). Therefore, I have decided to put a few things on the backburner for now, focusing primarily on keeping up with my resolution of one book a week, and improving my guitar skills, with a hint of chess every now and then.

Almost three months into the gap year, it is still difficult to fully appreciate the true freedom that a year off from formal education can provide. It is an exercise in self-exploration and reinvention, and I hope to make the most out of it in the remainder of my time off.