My alarm went off at 3:30 A.M., and I hated my phone as I walked groggily across the hotel room to shut it off. We were picked up in the lobby a few minutes later for the airport, and as I was waiting in the terminal, I asked myself, “what in the world could be worth this?” After a two hour flight, I was still not yet convinced, even after entering the national park, I was not convinced, the park looked like a touristy waste of time as far as I was concerned.

Pilar, our guide filled the beginning of our first hike with information about the animals and such, and I was not impressed, this was not worth only getting four hours of sleep. Naturally, my bad attitude wore off as the coffee kicked in and as we approached a small waterfall on the trail. When I say small waterfall, it is about the size of many of the waterfalls found in Michigan’s Upper Peninsula, so large enough to merit the quarter mile hike, but not the early wake up.

After an additional twenty minutes on the slick trail, we rounded a corner and saw the falls for the first time, spectacular. This view was what I came here for, this I told my self was worth the 3:30 wake up. The falls we saw initially were on the Brazilian side, which is only about a third of the total falls with the other two thirds belonging to Argentina. As our hike progressed I was impressed by the “trail” all of which was made of metal platforms similar to those of a play structure. Although I thought it excessive to have miles of trails that were fully improved, I quickly remembered that being 800 miles north of the grasslands surrounding Buenos Aires we were in a tropical region and the investment was necessary to create a trail system that could withstand the massive rains. Anyways, enough about the trails, further down, I saw the Argentine side of the falls and was awestruck. The hundreds of small falls come together into a landscape of falls, much different than Niagara which has two large falls, the smaller falls combined create a much more dynamic visual that kept me constantly moving my gaze from small fall to small fall.

After finishing our first hike (the lower trail) and getting a snack, we embarked on the upper trail. The upper trail was unique in that there is not only a long trail on top of the gorge along the river, but in that there is a full succession of bridges allowing for tourists to cross the river above the falls and to stand at the top of the falls looking down at the beauty. Although I enjoyed the lower trail more, I admired the engineering feat that was required to make bridges and platforms going through one of the largest waterfalls on the planet. More on the size, Iguazu is the longest waterfall by width, Niagara is much larger in terms of cubic feet/minute, and Victoria is the largest waterfall by volume but still not as wide as Iguazu. 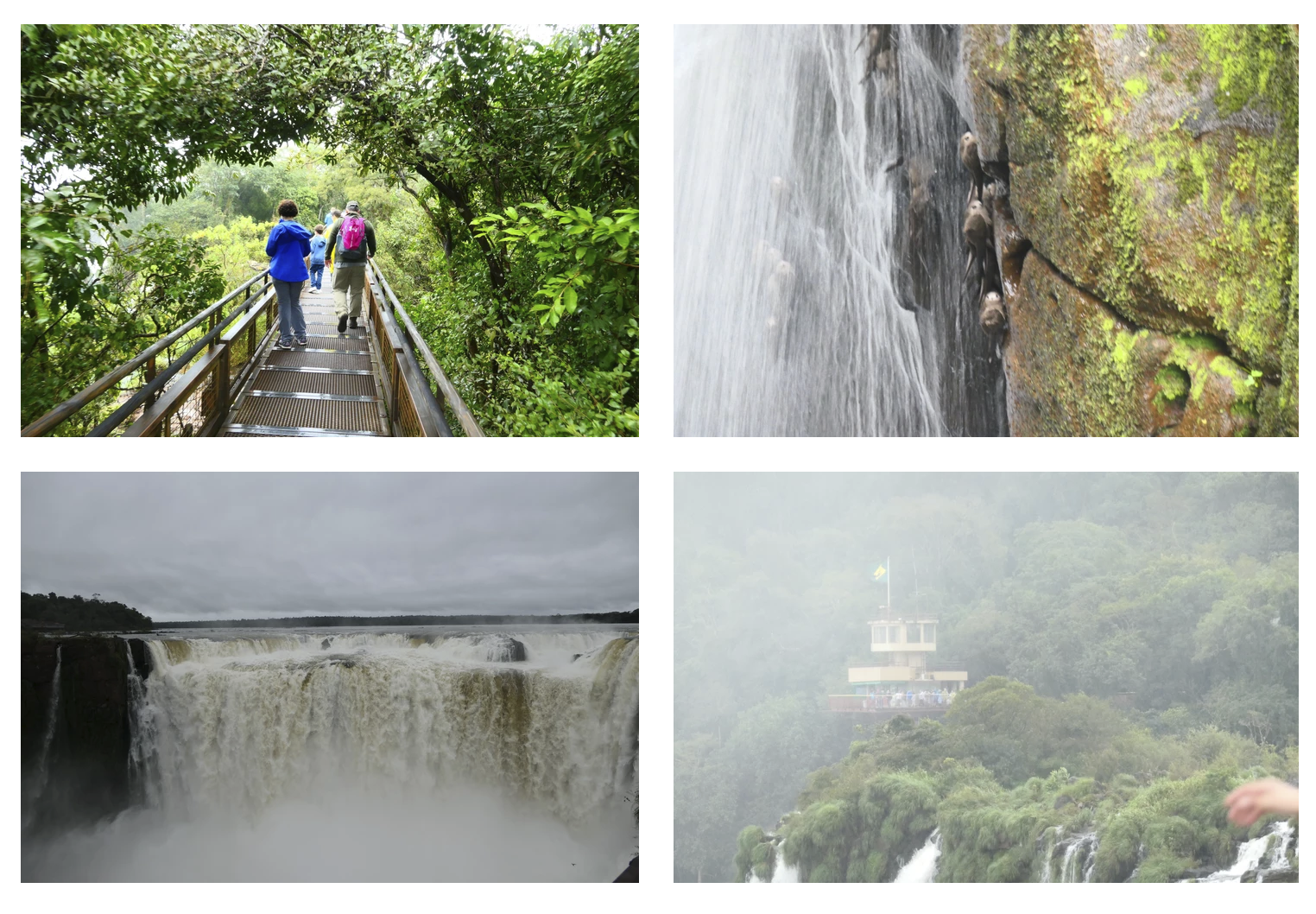