Home » Sivan » The Plane and the Desert

The Plane and the Desert

I am typing this while in a middle seat of a middle aisle alongside two strangers on my flight to Israel. Twenty hours ago, I zipped my suitcase shut and officially completed my packing for a nine month trip. Five hours ago I said goodbye to my parents and siblings at Newark International Airport. There were fewer tears than I was expecting. This was due, at least in my part, to the fact that I did not and still do not quite appreciate the magnitude of the moment. I have gone 2 months without seeing my parents and sisters before. However, this is special. I am going to be halfway across the world and officially ending my chapter of childhood. My home will from now on be a temporary one.

Four hours ago I reached the gate and saw the crowd of nearly 40 kids eager to begin this unforgettable year that we will share. Over the course of the next hour or two I probably spoke to 25 kids, however I think I can only remember the names of less than ten. Being surrounded by adults on the plane who are not affiliated with Kivunim put an end to the meet and greet, but I am sure it will continue once we land. In order to initiate bonding, Kivunim begins with a week in the Israeli Desert, the Negev. I have been there once before, and it is truly incredible. The otherworldly landscapes extend as far as the eye can see making it the perfect place to be free of distractions to form close knit relationships. I simply cannot wait to arrive in the Negev and write about my experiences there. The flight has about 7 hours left and I should probably get some sleep since it is already past 7 am Israel time. Signing off for now. 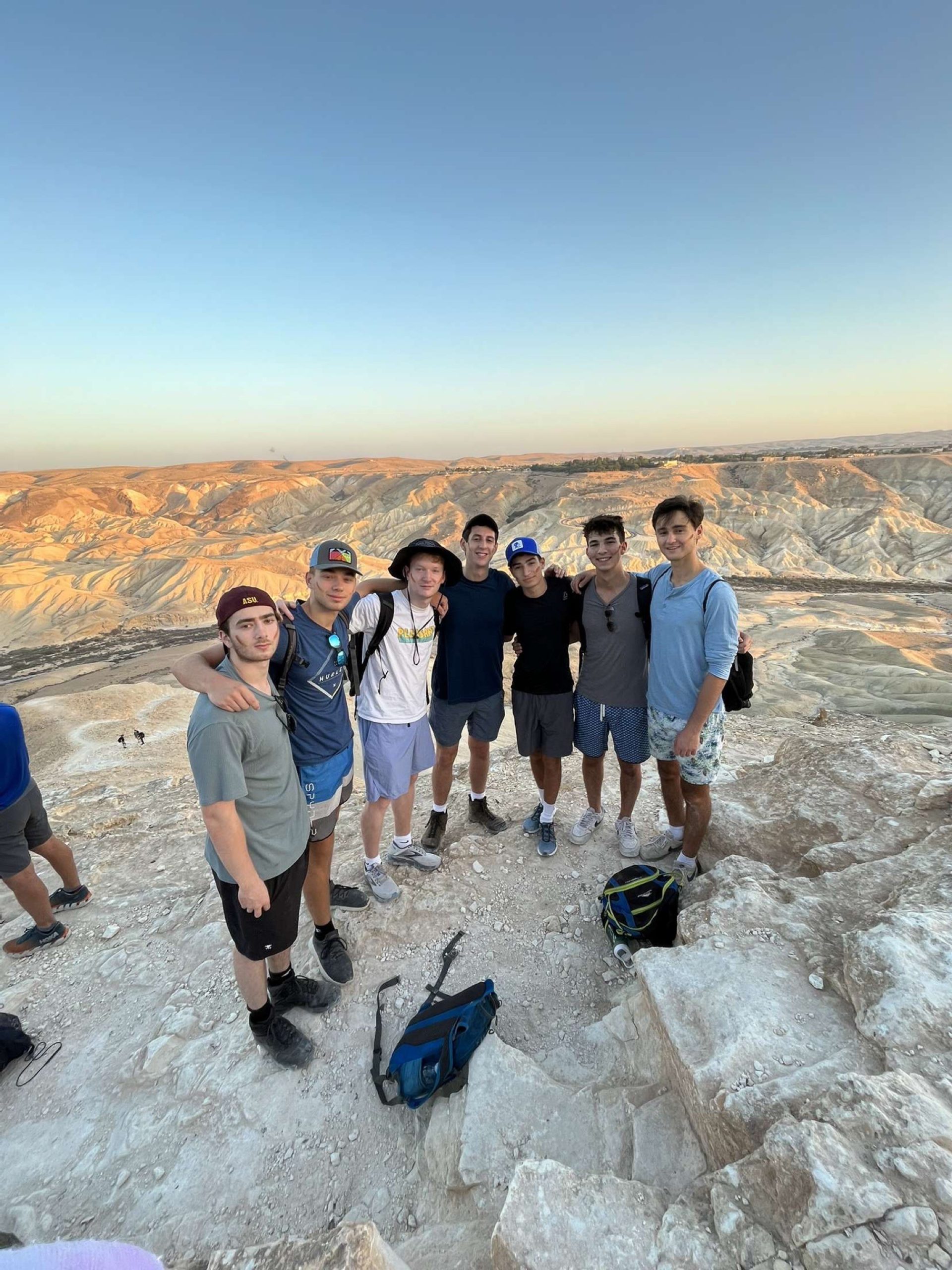 This week went by so quickly, yet when I think about all that I saw and did, it is as if I was in the Negev for a month. We hiked through thousand-year-old ruins built on top of 2,000 year old ruins, built on top of 3,000 year old ruins. This enabled us to appreciate how cultures evolve, shown clearly by a pagan temple that was transformed into a church once the Roman Emperor Constantine declared Christianity to be the official religion of the Roman Empire. Over the course of two nights we watched Lawrence of Arabia which gave us insight on how the current landscape of the Middle East came to be, and on the lives of the Bedouin people. As part of our 10 mile hike that began at sunrise, we had breakfast in a Bedouin tent and socialized with our Bedouin host family. We stayed on a kibbutz, a communal living society, that was founded by Israel’s first prime minister, David Ben Gurion. One night, we watched an interview of Ben Gurion, and to our great surprise, the interviewee was in the room with us to answer our questions. He, Dr. Clinton Bailey, is the world’s foremost expert on the Bedouin. Despite his age, he was able to brilliantly answer our plethora of questions on Ben Gurion and the Bedouin people. Every night we gathered around the steps of our hostel on the kibbutz and got to know each other. As I board the bus for my new home in Jerusalem, I cannot wait to continue this incredible adventure with the 39 incredible kids who surround me.