By Ruth Morrongiello in Uncategorized on November 22, 2021.

This Diwali was so different from all others. This was the first time I celebrated this festival away from my hometown and with my maternal grandparents. 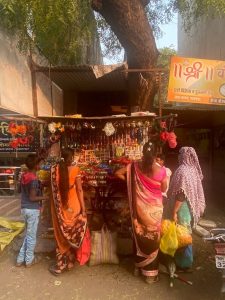 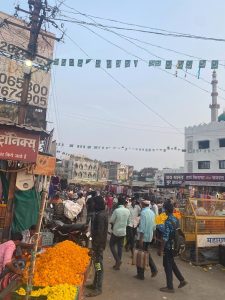 As I walked around the bazaar in Paratwada, I got lost in a world I had barely seen—India.

Street vendors selling Diwali festivities were littered around every corner of the bazaar. The buzz of the crowd was so loud I could barely hear my own voice as I struggled to find the space to walk through. It seemed as if the whole village was outside—celebrating, buying new clothes, sweets and gifts. In this space of shared happiness, the town felt alive with joy—as if everything else had stopped so that people could come together and celebrate life.

Up till now, my experience of Diwali had been completely different. Somewhere in the hustle and bustle of the city the festival had lost its soul. To a large extent, Diwali felt like just another time of the year when you do what you do and just get done with it. Every year, we would follow the unnecessary customs as quickly as possible so that we could return back to our normal life. In the Blacks and Greys of my modern city, the colors of Diwali didn’t fit in.

However, standing in the middle of the market, surrounded by hundreds of shops and stalls selling artistically designed Diyas, ornate Kurtas and new Rangoli colors, I felt complacent. A tourist in my own nation, I walked around the streets of Paratwada endlessly, in awe. I was seeing shades of India which had eroded away from my life.

As the day passed by, one by one, families started to come out in the street dressed in beautiful traditional clothes to place Diyas in front of their houses and to embellish the Rangolis which decorated their gateways. Each house began to turn on its unique display of festival lights and, before long, the sky was sparkling with every color imaginable.

For the first time, I consciously saw the India I heard of as a child. The one I had only read about in history books. An India where people wholeheartedly celebrated the unnecessary customs and traditions of the Indian subcontinent. 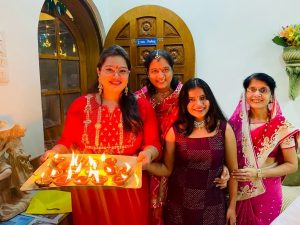 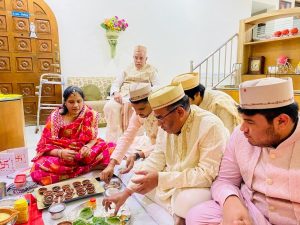 Seeing the beauty of Diwali in Paratwada has made me question the boundaries of behaviour I had so eagerly defined for myself. Despite India’s colorful history of the previous 7800 years, my Indian identity has been defined by the subsequent, solitary 200. However, till recently, I didn’t truly understand the effect colonialism had on my life. 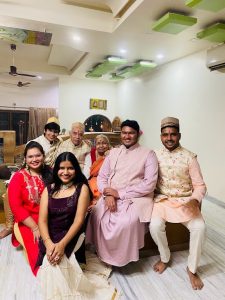 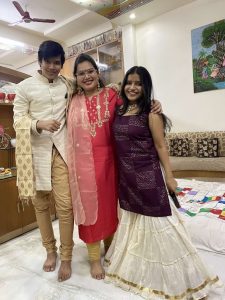 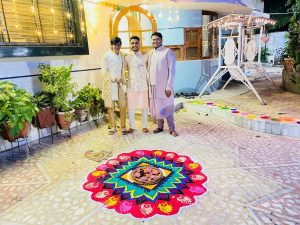 I grew up in a city where I constantly heard of a better world. As I struggled to pronounce the language I was supposed to speak, or figure out the clothes I was supposed to wear. I learned from western TV shows. Not only how I was supposed to look but how I was supposed to behave. I grew up without understanding the perpetual dilemma of the duality of India’s post-colonial society. I didn’t understand why English was the “superior” language and or why our lives revolved around what was happening in the west. Though I had read the history of Colonialism, I hadn’t truly understood the effect of my internalized inferiority.

Slowly, I got further institutionalized into the systems which were created by my oppressors, I bleached all aspects of my personality and got rid of the disease that was my Indianness.

Both me and my city have become more western over time. The cultures and lively attires which littered each corner of my country have now been whitewashed into the black and greys of my “modern” city. This western culture in India has not been adopted, it was violently imposed as the whole country became subservient to another for more than a century.

One of the reasons I took a gap year was to truly understand myself, and now, I have realized understanding myself also means making sense of my complicated national identity and how that identity advances the biases with which we have created our systems of subtle oppression which I, till very recently, believed bettered my life.

The horrors of colonialism continue to haunt my country—and much of the world—today, but this Diwali, on the victory of light over darkness, I saw the dying glimmer of Indian culture in the back of my mind and I learned to truly embrace my identity.