I hope that everyone is doing well amid the ongoing pandemic.

In the past few weeks, the situation in Japan has worsened severely, with many prefectures calling for a state of emergency. Although that’s made it difficult to meet with friends and explore various restaurants and cafes, it’s given me a significant amount of time to focus on programming my application.

With the application I am developing coming closer to completion, I have been contacting organizations in Japan and the United States to see if I can run trials at their facilities. It’s been especially difficult in Japan as I lack connections with schools and organizations. But last week, I was given the opportunity to trial with an organization in Ibaraki Prefecture. 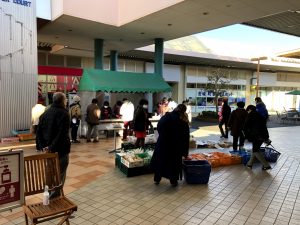 This organization, known as Mokuyou Ichi Online (木曜市オンライン) takes orders for vegetables sold at a local farmers market and delivers them to people’s homes. My application was going to be used in the delivery portion of the operation, for two weeks (once a week).

At first, it was quite difficult for me to imagine a society in which vegetables were locally grown and locally distributed. Growing up in the suburbs of New York, I only knew of a society where people went to the grocery store to buy produce. However, I learned there were many people in Japan (like Ibaraki) who still depended on their crops for fresh produce.

As I made final preparations to the app to make sure it ran smoothly on the first day, a familiar sensation of nervous excitement grew within me. It was only a small trial with a few users, but I knew I wouldn’t be able to step in if something went wrong. What if it didn’t work? I pondered upon these questions continuously, but in the end, the excitement that came with seeing my app being used after months of development won over. 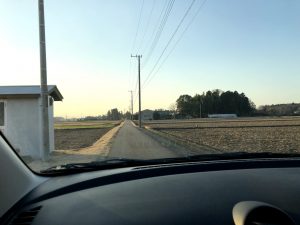 In the end, the trial ended up running quite smoothly. There were no glaring issues, and the application itself received positive feedback from both the organization and the users. It was still a small trial, but a step towards a final product. I look forward to next week and the trials that are yet to come.

← Shifting to the City Small But Significant →
Duke University