Being Part of a Social Experiment

The program I am on is called “Hevruta,” translating to ‘partners’ in Hebrew. As the only gap year program made half of North Americans and half of Israelis we are a bit of a social experiment. The Israeli Ministry of Health calls us an organic family because while we might not be a family, we are trying to live like one. In my apartment, we are seven girls all from different religious and cultural communities. My roommates are Ashkenazi, Sephardic, Mizrachi Jews coming from homes in New York City and settlements of the West Bank. We are reconstructionist, conservative, orthodox, and secular. The only thing that binds us together is that we are all Jewish and that we now live together. Weekly, this results in challenges in figuring out what to cook and how to observe the sabbath in a way that makes everyone happy. At the same time, it’s an enriching experience. We all have different dreams of how we want to live in the future. Hearing my roommate’s dream to live on a farm in the middle of the desert inspires me to think about how I want to live in the future – not just what classes I want to take in college. 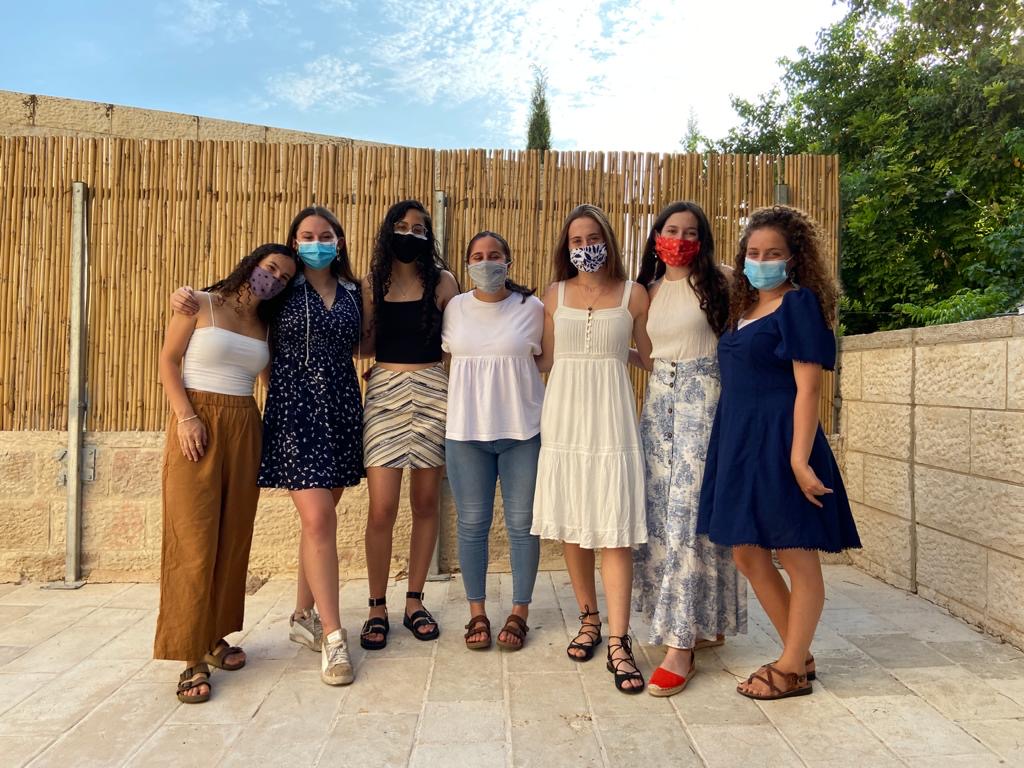 Israel is now under a national lockdown to reduce the number of coronavirus cases. This has meant that the Israelis on my program have had to spend over a month away from home instead of returning home every other weekend as expected. Ideally, the American participants would go home with them to experience Israeli culture more authentically. Many of us Americans came to Israel only expecting to see our families at the airport when we return home. Unlike American college students that often live on a college campus far from home, Israeli young adults see their families a few times a month during their mandatory military service. The pandemic has exposed many cultural differences between the American and Israeli participants. The organizers of the program have worked tirelessly to find a way to let the Israelis go home for a weekend while keeping everyone feeling safe. At the same time, these current challenges have forced us to lean on each other during difficult times and strengthened our bond.

In the last few weeks, we have been studying the relationship between American Jews and Israelis and questioning why we have chosen to be here, building relationships with people from a wide range of Jewish backgrounds. For many years what kept Jews together was a blood-relationship, shared belief, and shared hardship. Since the creation of the state of Israel, many of these ties have weakened. There is more inter-marriage among non-orthodox Jews, many Israeli Jews are secular, and anti-Semitism is something that many American Jews have never encountered. So what is the goal of strengthening a weakening bond between Israeli and American Jews? In the last few days, I’ve been thinking about the name of my program “Hevruta”, partners. At first, I thought the name was about learning in partners, something we will be doing throughout the year. Recently, I’ve been thinking that maybe it is the goal – to become partners in preserving a Judaism that is tolerating and accepting of different traditions. This is something that my roommates and I have been working towards by having a kosher kitchen and observing the sabbath in public spaces. While these efforts are small, I think they are the first steps towards us becoming partners and hopefully a family.