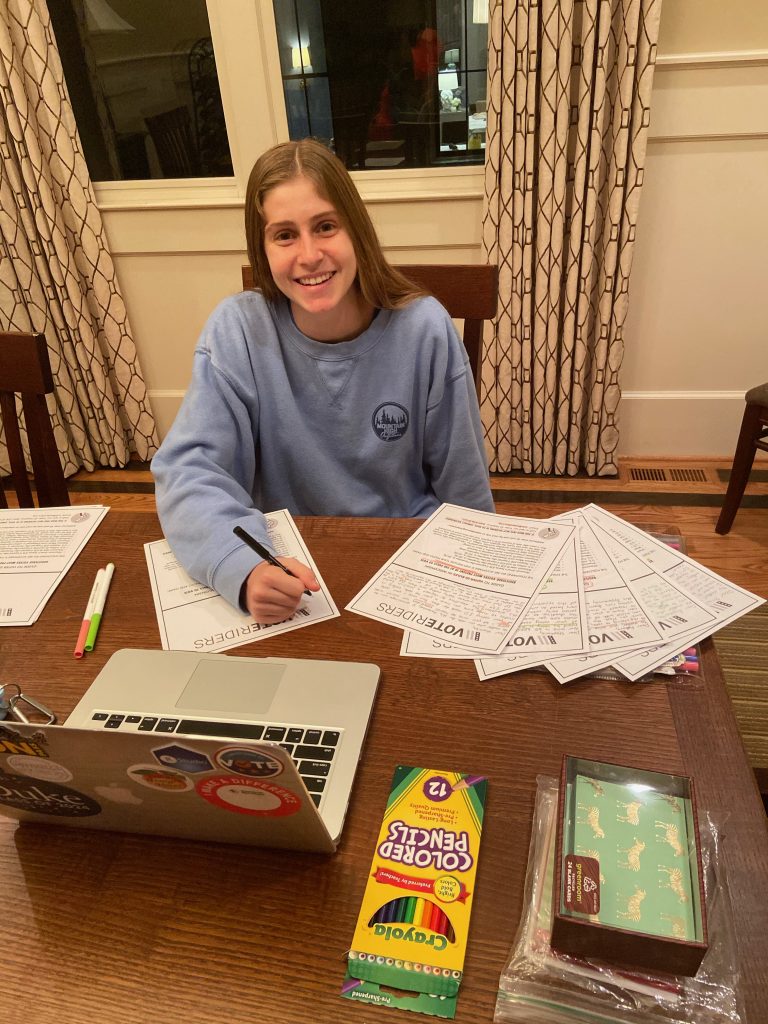 I don’t know how to talk about this fall without bringing up mental health.  Few people talk about the hard parts of a gap year, but our recent socio-medical-political climate has affected me in personal, unprecedented ways that I want to acknowledge. I’ve felt stuck in place living at home while my friends move onto college. I haven’t made many new friends in Atlanta. I worry that much of the social progress we have made is at risk of being undone. I feel helpless in our current political climate, where chronic lying and gaslighting are acceptable, people’s lives and safety are continually at risk and have become a political issue, and black and brown communities are repeatedly denied justice and equality.

I often feel alone, stuck, or discouraged and am finding ways to channel these feelings into productivity, particularly in the world of politics. Several months ago, in response to the upcoming election, I joined MJ Hegar’s US Senate campaign. Engaging in politics as intensely and frequently as I have on the campaign is exhausting but empowering. I know that all of my efforts- whether it’s calling donors in team finance, cleaning data to meet FEC guidelines in team operations, or drafting emails to send to constituents in team digital- have had an impact in empowering a fair and honest leader. I also have been a part of nonpartisan activities, such as engaging in voter participation efforts through VoteRiders and signing up to be a poll observer with Fair Fight in Atlanta, in a year in which our vote will arguably influence our day-to-day lives more than ever.

One of the best things about my gap year is being able to follow through when I feel called to action. I have the flexibility to act on what’s important to me.  Politics is where I want to be involved this fall – for myself and for those whose voices aren’t as easily heard – and my involvement has given me much needed support and energy.