My name is Ray, and this is both my first blog with the Duke Gap Year, as well as my first ever blog.

I should probably introduce myself; I live in the Bay Area (Marin County). In high school, I spent a lot of my time playing for the football (LB) and lacrosse (middie) team. I also participated in student government and Model UN. I’m in Pratt, but I have no idea what I will end up majoring in – a gap year will hopefully help with that.

I enjoy being outside. This summer, I have spent time hiking, biking, and trying to play golf. I’ve also been cooking a lot for my family; cooking is a hobby I never got the chance to explore in high school. I’m excited to watch the new season of Last Chance U, and I’ll listen to almost any song Spotify gives me. 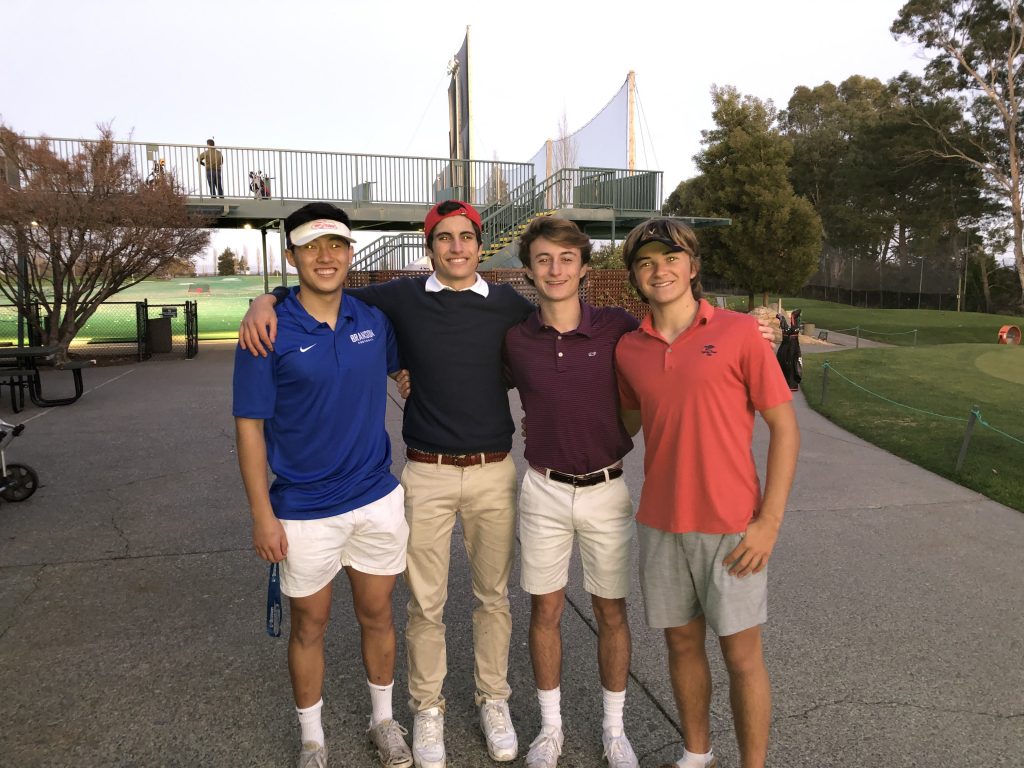 Me on the left – a triple bougie kinda day

I’m hoping to thru-hike the Pacific Crest Trail (PCT) in the spring/summer of 2021. The PCT is a pretty long trail; the goal is to average about 20 miles a day and finish within five-months. Am I trying to bite off more than I can chew??? Who knows???

The Pacific Crest Trail Association manages the trail and distributes permits through a daily quota. It’s a competitive process that’s really similar to buying hyped-up sneakers. If I’m unlucky and don’t get a permit; I still hope to backpack (maybe the Bigfoot Trail, John Muir Trail, or the Tahoe Rim Trail). Regardless of which trail I end up thru-hiking, I think it would be a good idea to do some preparing.

While I wouldn’t describe myself as a backpacker, I do have a decent background. Last summer, I spent two weeks backpacking in New Mexico. It was pretty cool.

I’m on the right, this is from the top of Baldy Mountain

Right now, I’m planning a short 30 mile trip at the Lost Coast. I’m hoping to finish the trail in two days. The Lost Coast is an area in the Kings Range Conservation Area in Northern California. The Lost Coast was slated to be part of California’s State Route One, but its terrain was deemed too rough to build a highway.

The Lost Coast has a rich history that’s severely under-documented. Before European settlers reached California, the Mattole People thrived on the Lost Coast. Thanks to the ocean and the coastal climate, they gathered seaweed and shellfish and hunted native marine animals. Salmon played a big role in their culture. When white settlers reached the Lost Coast around 1860, they called it New Jerusalem and began to raise cattle. Despite numerous treaties, many of the Mattole people were killed by local militias.  Most who survived were sent to a prison in Humbolt county. In 1868, a measles outbreak almost eradicated the Mattole people. With such a small population, the Mattole language died in the 1930s. Besides death records written by white settlers, there’s little to no written record about the Mattole people.

I will be mindful of the Mattole people’s history on my hike, and I’ll share the knowledge I learned with my fellow hikers. I will keep the blog posted on how the trip goes.