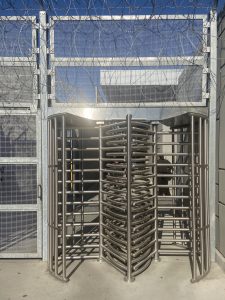 The gate between San Diego and Tijuana at the San Ysidrio Point of Entry. 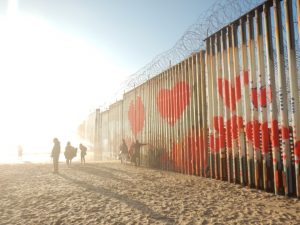 Friendship Park was an unexpected highlight of my time in Tijuana. Local artists had painted the border wall with images commemorating Mexican heritage, veterans, families, and ultimately, honoring friendship between Mexico and the United States. The painted walls continued down into the ocean. 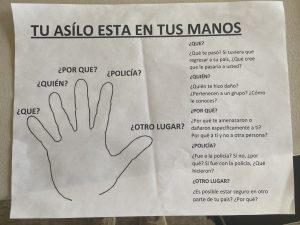 This is a worksheet I used with asylum seekers during the intake process. The “manita” helped both parties ask and answer the important questions that would help build a case for asylum. 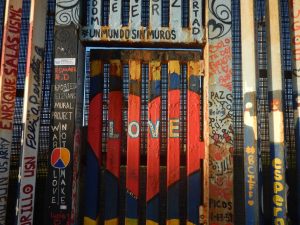 Another look at the art on the border wall found at Friendship Park. This door is known as the “door of hope”. Families separated at the border are able to reunite briefly when this door is opened (although it is only opened for a matter of minutes, once a year). On top of the door, the writing reads: “un mundo sin muros” or a “world without walls” . 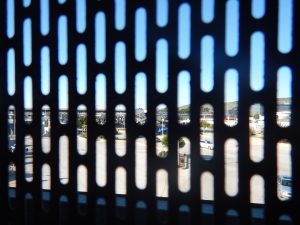